Why do we behave the way we do? 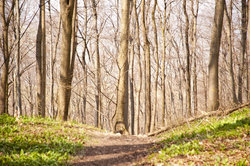 About : Beliefs | Healing and Growth

Have you ever felt frustrated or confused when you’d been walking with a feeling that you couldn’t quite pinpoint, maybe for days or even weeks…. And SUDDENLY the clarity arrived about EXACTLY what emotion that was? Do you remember the relief?

I’ve experienced it myself, and have also seen it with clients …. And the relief is huge. Strange, to think, that just NAMING something with clarity can feel like a relief.

There’s a reason for that relief – and I’ll share it in a moment.

Recently I had the privilege again of being present for a client (let’s call her Rebecca) when that moment arrived. Before it, there were months of being triggered by a special person in her life. She couldn’t understand why she was behaving so fiercely (in her words) during their arguments. It was like something wild and brutal stood up in her at a certain point in their disagreements and she was completely unable to stop herself.

She wanted to understand what was happening, and clear the trigger, so that she could behave in a different way next time.

Behaviour and Who we ARE

Here’s one of the keys I teach: Our behaviour is NOT WHO WE ARE. We ARE not the person who does those actions we can’t stop. Even if we’ve done something over and over, it absolutely does not mean we ARE that way. It means there’s a trigger we haven’t found, that causes a certain behaviour. And that trigger was created somewhere in our past. A part of our psyche (subconscious) figured out that we’d need to behave a certain way to serve our needs at the time…. And, 20 or 30 years later, that might not be the best way anymore.

Clarity suddenly arrived for her as we revisited events from her childhood. It felt like her mom never listened to her pleas to visit friends or sleep over. The only answer she could remember receiving from her Mom was “No”. Her question “But WHY Mom?” was always met with “Because I said so!” and no further exploration or debate was allowed.

Revisiting those times, she suddenly realised what she was feeling during the arguments with her partner. It was exactly the same.

“I’m not feeling HEARD!” she exclaimed….

And that was causing her to argue louder and more fiercely during the interactions with her partner. It took her RIGHT back to childhood, where her needs were not being met, and she had absolutely no recourse and could not even fully express her thoughts and feelings.

A pretty helpless place, and it happens to most children.

It was almost a sacred silence that followed for her after she said that…. She settled into the realisation of being discounted, not heard…. The acknowledgement and recognition of EXACTLY what was causing the problem was a major healing moment.

“The experience of naming not only works to calm us down; when it is done with a caring other it can also create relationships of warmth and trust, no matter how old we are. Bringing these relationships inside (importing them into our brain and carrying them there as memory) helps people feel more secure in the world. This can have unexpected long-term benefits, including improving immune-system function; the sense of meaning and purpose in life; resiliency in the face of trauma, depression, or posttraumatic stress;; and relationships with others and with ourselves.“

Your Resonant Self, Sarah Peyton (I highly recommend this book if you grew up in a troubled home)

That’s something powerful, right there. Finding the exact emotion that bothers us, naming it, and being in the presence of a caring person while that happens, is healing on a deep level.

Look back or Look Forward?

So many people say “Stop looking at the past – go forward! Create your future the way you want!”

That would be nice, don’t you think?

And – how many of us do you think can do that so glibly? Wouldn’t we, if we could? Would we not ALL be living dream lives already, if it was that easy?

I completely disagree that “we must focus only on the future and forget about the past”.

When we have powerful triggers, it is VERY, VERY HARD to stop behaviour that is not created consciously. I almost want to say “It’s impossible” – yet I want to keep that possibility open.

We simply CANNOT override the triggers in the subconscious, especially if they were created by traumatic experiences. Those buttons are pressed in a milli-second, and the behaviour that follows is not in our conscious control. Our brain is designed to keep us safe, and it can’t afford for you to argue a point in a logical way. It needs to get you to act WITHOUT THINKING to keep you safe.

What we need to do, then, is find the triggers, find the feelings, find the beliefs and behaviours that were caused in moments of past distress. Then, remove the emotional charge around it so that we can THEN move forward without the trigger. THEN, it’s possible to create and focus on new behaviours.