About : Change | Healing and Growth 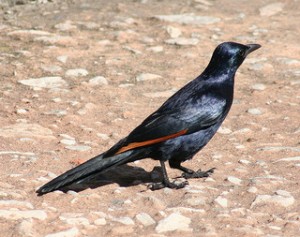 I was sitting in the airport in Cape Town recently waiting for my flight to open when I heard a very familiar whistle. Despite its familiarity it was more than a little startling simply because it was so out of place. As I know a reasonable amount about our avifauna it was not difficult to identify as coming from a Red Wing Starling that was swooping around the departure area and continually coming back to the floor to ceiling windows, perching on one of the supports, peering longingly through the glass and uttering that rather forlorn whistle cross chirrup that is one of their signature calls.

It was obviously under stress. Its beak was agape and it was panting quite heavily as it repeated again and again the more than useless pattern of behaviour in its attempt to escape back in to the natural world that was quite inexplicably so tantalisingly close and that it could see with great clarity and that yet remained to completely unavailable.

It will soon die

It was very clear to me that unless something happens – and probably something quite violent – it will soon die. The causes if its death are not likely to be lack of either food or water. What will kill it can only be called emotional deprivation and frustration.

There are a few possible events that would release it from what I am sure it sees as a very unhappy time. One is that the glass simply shatters because of some catastrophe or another. The other is that something happens that drives it away from the glass and back into the arrivals hall where it certainly entered the building.

Whatever it is that needs to happen – someone capturing it or driving it away with a feather duster or some other device – is likely to be also very stressful and energetically resisted. The third possibility is that it simply moves away from the illusion on the other side of the glass and explores other possibilities. None of these is likely to happen. It will most likely continue to fly aimlessly from pane of glass to pane of glass, endlessly repeating the same old pattern of behaviour hoping that something will change.

Can you See Yourself?

Time to do something very different from that which we are doing!

Christopher Neville is the Founder of Foundation. His work is internationally respected and honoured. He consults to organisations both large and small here in South Africa as well as Europe.  He has a reputation for approaching matters that concern us all both personal and business, from a different angle. His methods are effective and produce swift, often startling results. To see more about Christopher’s philosophy and work, visit www.christophernevill.net or www.foundationsa.co.za