EFT for Pets, aka Surrogate Tapping 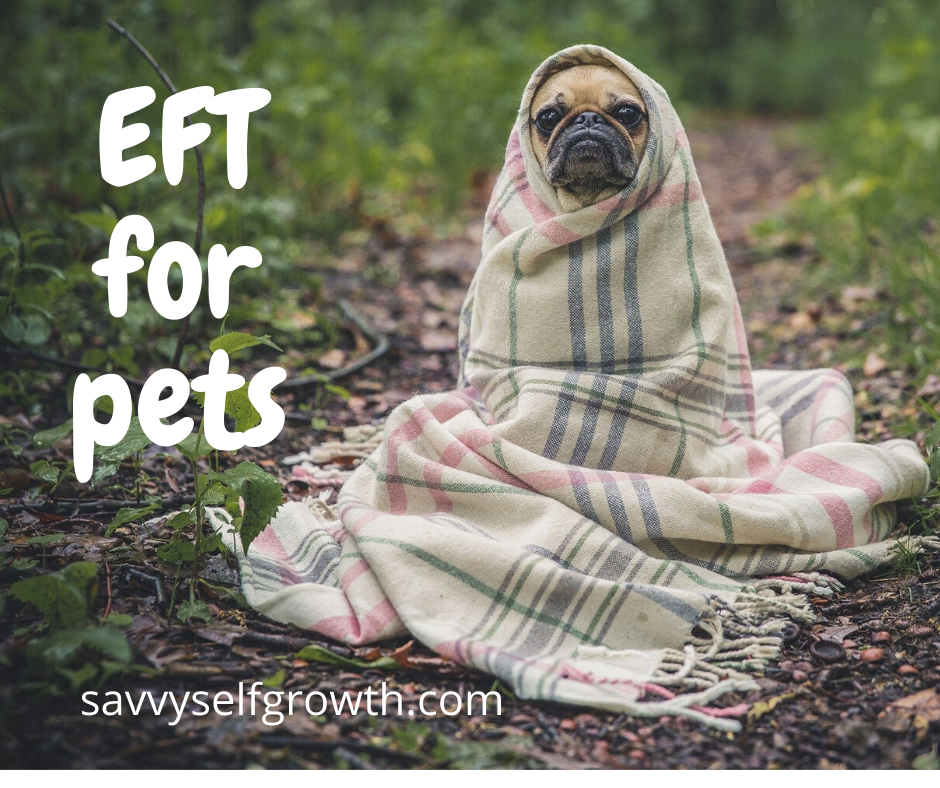 About : EFT and Emotion | Healing and Growth 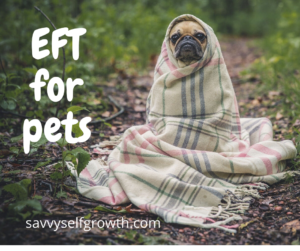 Pets play such an amazing role in our lives. They can be a person’s best friend and companion. They’re non-judgmental and forgive us in a flash for an angry word or mean tone of voice. They don’t hold grudges. They shower us with love and are incredibly excited when we come home. (I’m not so sure if all of the above necessarily apply to cats 😀 ).

Would it not be wonderful if we could show our pets the same level of love, care and non-judgement?

We can feel helpless when our animals suffer, whether it’s from a serious disease or a seasonal sniffle. (I found out that dogs can suffer from hayfever, too!) With a tool like EFT, coupled with a healthy dose of common sense, we have an amazing tool at our fingertips to help our pets in times of need.

One night I woke up at around 2 am from ghastly noises coming from our 8-year old Jack Russell called Jack. We collapsed out of bed and sat by Jack’s bed in a sleepy daze. It sounded like he was struggling to breathe, almost like a person having an asthma attack. It was an emergency – we had no time to think about finding the number for a 24-hour vet.

We had two tools at our disposal: EFT and Quantum-Touch. Andrew started doing Quantum-Touch (a gentle, loving form of energy healing) for Jack. I did some ‘tapping’ (a word commonly used to describe what we do in EFT) on myself, on behalf of Jack. Within minutes, he could breathe almost normally and the panic was gone.

I don’t know what would have happened without those 2 tools we could pull out of the healing hat!

What is EFT and how can it help me or my animal?

EFT is a unique process to calm you (or your animal, or another person) so that you can think about your problem more clearly and therefore make better decisions. This technique can have profound results on our health and wellbeing. It works with the body’s energy system, clearing the way for healthy, strong energy flow to organs and biological systems.

How do I go about trying it for an animal?

When working with animals, one challenge is that they can’t tell us how they feel or what the symptoms are.

We have to work with our intuition and watch the results really closely to know whether we’re on the right track. Most of our work with animals will involve ‘surrogate tapping’ – stepping into the role of pretending to be the animal while tapping on a human (either yourself or a friend/practitioner).

There are a variety of ways to do surrogate work with an animal. Let’s say your dog has a fear of thunder and lightning, and every time there’s an electrical storm, it cowers under the sofa, trembles, whimpers, and has its tail tucked between its hind legs.

Pretend or imagine you are the animal and tap on yourself as if you know what your animal is going through. If you’re not sure – guess! Use the physical symptoms you know of in your round of tapping.

Tap on the Side of the Hand point of one hand with the fingers of the other, while repeating 3 times:

“Even though I’m so scared of the lightning and my tail is tucked in, and I cower under the sofa, I’m still a good dog and my people love me”.

Then tap on each of the EFT stress relief points on the body, while saying these words:

The challenge with First Position Surrogate tapping on yourself is that we might wonder whether we’re doing or saying the right thing. We’re trying to be the patient and doctor at the same time. This is a challenge, especially when you are already worried and stressed on your animal’s behalf.  On the other hand, if you are really in tune with your animal and with your intuition, this method might work very much in your favour.

It could work well to ask a friend, family member or EFT practitioner, to help you in this case. You would still take the role of your animal and tune in to their problem as much as you can. Your friend/practitioner can facilitate the process, ask the questions and help to separate the roles of patient and doctor.

I would suggest trying one of the following methods also.

In this method, you might try having a conversation with the animal in question. The tapping can be done on a soft toy or even a picture of your animal. If your dog’s name is Spot, you might say:

Side of the Hand: “Even though you’re so scared of thunder and lightning, Spot, you’re still a great dog, Spot, and we love you very much”.

Then the rounds of tapping would follow, where the tapper would tap on the surrogate object (like the photograph or a soft toy like a bear).

In this form, you simply tell the story as if you’re telling it to a listener and you tap on yourself while narrating. You might use these words:

Side of the Hand: “Even though Spot is so scared, he’s cowering and whimpering and hiding under the sofa because of the thunder and lighting, he’s still a great dog and I love him very much”.

With this last approach, an added (very important) benefit might be that the tapper also receives tapping benefits. You are ‘telling the story’ of what’s happening from your own perspective and you would be tuned in to your own feelings about the animal. You would therefore also receive the benefit of calming your own fear and emotions about what is happening to your animal!

After every round, whichever approach you take, take a few moments to notice whether your animal’s behaviour has changed at all. Try to ‘tune into’ what he might be feeling. Adapt the words for your next round to whatever you’re noticing and sensing in the moment.

For instance, if you now see Spot’s tail quivering, you might say “Even though Spot’s tail is quivering, he’s still a great dog” and follow with a round of tapping about the quivering tail.  Continue the process until you feel a sense of calm and peace.

After the surrogate tapping, a good idea is to take some time to ‘de-role’. Put yourself back into your own shoes, so to speak, by doing a round of tapping like “I am me” and saying your own name (for instance “I am Madge”).

Tap on the animal

This is generally not the best way. Your pet is likely already uncomfortable when you want to help him or her with EFT. To add some stress by fiddling around on their body, especially if they’re in pain, might lead to undesirable results. You can however, try tapping on the animal’s body if they are already relaxed and if they trust you and feel comfortable with you tapping on them. It’s also harder to know where the EFT stress relief points are on an animal’s body – another reason to try surrogate tapping instead.

It is of course important to employ common sense in the use of any home treatment. Be sensible.

Your animal might need medical care in combination with EFT. If symptoms persist or get worse, get the help of either a trained EFT Practitioner, and take your pet to your veterinarian. “Don’t go where you don’t belong” is what EFT Creator Gary Craig taught, and we stress this point also for pet care.

If you have any questions about EFT, please feel free to contact Liesel.

Credits:
Image by Free-Photos from Pixabay