Male and Female: VIP or Chauffeur?

About : Healing and Growth 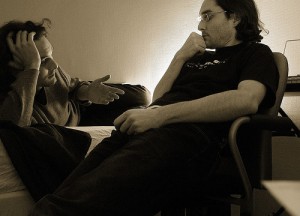 It is correct to say that quite a lot of women have tendency to “hide” behind the motherhood and wife thing and actually give up on their autonomy. They even change their name! That infamous line “I give up my life for the children/family!” is really too awful! This attitude serves no one – least of all the children or the family.

There is a great subtlety of process here that is very easy to misunderstand. Let us walk carefully through this minefield!

Precisely because a woman is more locked into the physical through the processes of, among other things, childbirth, menstruation (she is literally tied to the phases of the moon) and paradoxically, she is not that well equipped to handle the physical world, (at a simplistic level she does not have the muscles which dealing with the physical world to a large degree requires) she IS dependant on the male for many aspects of her spiritual growth.

After all, we are in the physical world and we have to deal it. This does not however require that she must give up one iota of her Autonomy. Quite the reverse in fact.

However some traditions have twisted these facts to suit their own small-minded purpose. Some say that it is only the male that has the “direct line to God” as it were and the female must go via the male. Some traditions even make the extraordinary assertion that woman has no soul! They justify this by taking literally the Judaic,Christian, Islamic myth that God did not breath life into Eve – only into Adam!

This is a direct reflection of the very poor view that these traditions have of the male. However it enables them to conveniently maintain the myth of male “superiority”. It is from this silly thinking that the completely skewed idea of an exclusively male priesthood and other idiocies descend. All these thoughts can and should be summarily dismissed as rubbish and be treated with the contempt they deserve.

However it, nonetheless, remains important for the woman to select a good mate that will serve her in achieving and realising her life purpose. It is part of our mythology that a man chases a woman until she catches him!

The process of mate selection is not, in this particular respect, that important for the male. While men do the pursuing they do not do the catching. Man proposes, woman disposes! This subtle differentiation which, in our society, neither male nor female is either aware of or taught to deal with, leads, more often than not, to disastrous results as we all too often see. We simply do not have a grasp of the process!

Quite how they are to do this is in schools where the sexes are separate is something of a puzzle. Sadly, considering the state of our education system it is, ironically probably better and safer that we keep our males and females apart! All that we talk of these days is the war between the sexes. Small wonder that we are in all in trouble – all that varies is the degree.

The fact remains that it is part of the essential male purpose to act as the appropriate spiritual conduit for the female that chooses or “catches” him. A man fails himself in his own life purpose if he does not do this and we are seeing the awful results of this failure as men play with their “toys” and their mothers encourage them in this play. In general terms men fail to “put away childish things”! In defense of the male it is difficult to conceive of any other behaviour for them considering their almost total lack of training in matters male.

Laura Doyle expresses this sentiment – a little simplistically granted – and I certainly do not agree with everything she writes, in her book “The Surrendered Wife“. She uses a wonderful model of the car and the VIP and the Chauffeur.

A car without both the VIP and the Chauffeur is pointless. A VIP needs the Chauffeur and of what use is the Chauffeur without the VIP? Each have their appointed role and it is the discovery and acceptance of these God given roles that is the challenge for all of us.

It is this process of co-operation that we must all engage and wrestle with in our relationships. You may decide for yourself as to who is the VIP and who the Chauffeur! That is what life is all about – wrestling!