About : Healing and Growth 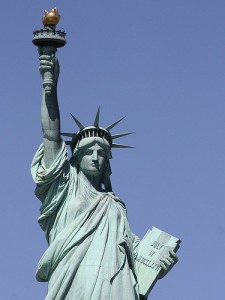 “Freedom!” is one of the great political rallying cries that echo rather piteously around the world. The idea has been and still is seized upon by politicians from all shades of the political spectrum as an effective vote catching exercise. The Right protests that there is too much freedom and the Left that there is not nearly enough. Wars have been fought and people have died in their millions, some willingly, in the pursuit of this idea. Ironically the concept, despite its apparent nobility, appears to been responsible for an untold amount of Human misery and suffering.

So what is this thing called Freedom? Freedom from what, to do what? Do we have it or don’t we?

The rather odd “French” (he was in fact born Swiss) philosopher Jean Jacques Rousseau has been responsible for one of the great illusions that has bedeviled society ever since he wrote the following:

“Man was born free and he is everywhere in chains.”

This thought has especially appealed to so-called revolutionary thought. It is a very seductive concept. If one reads accounts of Rousseau’s own life it is not difficult to see why and how it became rooted in his thinking. Also when we look at the social conditions of his time and why the idea was so readily bought into.

What is now firmly established in our thinking is the idiocy of the idea that we have “a right to be free” and that we can legislate for, foster a revolution or go to war to make this freedom a reality! It is this thinking that immediately creates the idea that we do not have freedom and also places freedom outside of ourselves and beyond our reach.

Let us examine another reality.

We already have Freedom

The fact is that we are totally free to do everything and anything we wish to – including the taking of our own life – and have been ever since the very beginning when, in terms of Biblical mythology, we disobeyed God in the Garden of Eden. How much more freedom do we wish to have? We still have this self-same freedom, which we exercise often and quite carelessly. We still jump from tall buildings, go to war and indulge in all manner of odd behaviour – without restriction.

So why did Rousseau’s idea strike such deep roots? There is little doubt that we not see ourselves as free so what is it that we actually want freedom from?

What do we really want Freedom from?

Perhaps what we actually want freedom from is the consequences of our actions! Certainly Rousseau appears to have spent a great deal of time both regretting and justifying some of the rather odd things he did in his own life!

We know very well we can do anything. We can – and do – commit murder, exceed the speed limit, over-indulge in every human appetite, and be brutal to one another in an unimaginable variety of ways. Equally we can do the most wonderful things.

The reality is that nothing and nobody can stop us from doing all these things. However what we cannot do is escape the results of all these actions! The luxury of this freedom is most decidedly not available to us and we are chained inexorably to the results of our own actions. This is the great fear and this is what we would all like to be free from.

The Gift of Choice

The great gift that has been bestowed on us as human beings is the gift of choice. It is the exercise of that gift that hands us the pearl of great price – the ability to make a mistake. Without this ability there would be no learning and therefore no improvement of our own condition.

For so long as we look to forces outside of ourselves to improve the quality of our lives, so for exactly that length of time will we keep ourselves in Rousseau’s chains. There can be no real freedom for long as people rely on politicians to legislate for freedom and to then, paradoxically, enforce that legislation which must and does result in a limitation of the “freedom” we all long for.

Slavery in Many Forms

There is the conundrum of slavery, in its many and varied forms, where large numbers of people, even today, are apparently deprived of their freedom.

Perhaps the first step in dealing with this scourge is to create the awareness in the enslaved the power of the realisation that they DO have the ultimate freedom of choice. The choices may not be easy or simple and they are none the less present. For so long as we persist in creating the victim mentality for so long will people remain enslaved in one way or another.

Sadly it suits the current political and business system to keep the victim mentality and the culture of fear alive and well. People who perceive themselves as victims and are fearful of accepting responsibility for their own actions and results are easy to manipulate.

This where the challenges for our education system and society lie. Teach them they ARE free – to do whatever they wish. Further that there will be a result, which is of there own making, and, yet further, that that result will be within their capacity to deal with.

A bit about Christopher